Skip to content
Home » Books » Westy Martin In The Rockies 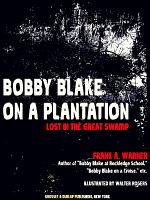 
Example in this ebook CHAPTER I THE SINKING BOAT “I tell you what, fellows, that was some game yesterday,” said Fred Martin, as he sat with his comrades on the steps of Rockledge Hall, the day after that memorable Thanksgiving Day when Rockledge had beaten its great rival, Belden, in the annual football game. “It was a close shave though,” remarked his chum, Bobby Blake, who had been the chief factor in the victory. “There were only two minutes left of playing time when, we got the touchdown. It came just in the nick of time.” “I thought you were a goner when that fellow Hoskins dove at you,” put in Jimmy Ailshine, better known as “Shiner.” “That fellow sure is a terror when it comes to tackling. He grabs you as if you were a long-lost brother.” “He came mighty near stopping me,” admitted Bobby. “I just felt his fingers touch me as I dodged. But a miss is as good as a mile, in football as in everything else.” “It was a tough game for Belden to lose,” commented Perry Wise, a big, fat boy, who went by the ironical nickname of “Pee Wee.” “But both teams couldn’t win, and we were just a little bit too good for them,” he added complacently. “Listen to that ‘we’,” jibed “Sparrow” Bangs. “Lot you had to do with it, you old elephant.” “Wasn’t I sitting there rooting to beat the band?” demanded Pee Wee in an aggrieved tone. “And let me tell you I’m some little rooter.” “Well, we’ve won the banner of blue and gold anyway,” declared Howell Purdy. “Maybe it won’t look good floating from the top of that flagstaff.” “I wonder when we’re going to get it,” pondered “Skeets” Brody. “Have you seen it yet, Bobby?” “Not yet,” replied Bobby. “But Frank Durrock told me all about it. It’s mighty nifty. It’s made in blue and gold, with a football in the center. Then at each of the four corners there’ll be the emblem of one of the schools that played for it, and it will have embroidered on it: ‘Champions of the Monatook Lake Football League.’” “I’d like to have the letters big enough so that the Belden fellows could read it from across the lake,” chuckled Sparrow. “Come off, Sparrow,” said Bobby with a laugh. “You’re like the Indians who scalp the dead. It ought to be enough for you that we beat them, without wanting to rub it in. Besides, we didn’t beat them by such a margin that we can afford to brag much about it. They sure let us know that we’d been in a fight.” “Talking of fighting,” chimed in Billy Bassett, “did any of you fellows hear of the hold up that took place in town this morning?” “Hold up!” came in a chorus from the lips of all the boys, as they crowded around him. “Yes,” replied Billy, “up at Mr. Henderson’s house, about nine o’clock.” “In broad daylight!” ejaculated Fred. “Gee, but those robbers are getting bold. Are you sure about it, Billy?” “Dead sure,” replied Billy. “In fact, I just happened to be passing by, and I saw the whole thing.” “You saw it!” cried Sparrow, fairly bubbling over with excitement. “It’s a wonder you didn’t say something before. How many were there in it?” “There were two against one,” answered Billy. “Weren’t you awfully scared?” asked Skeets. “Not a bit,” declared Billy. “Why should I be scared at seeing two clothes pins holding up a shirt?” There was a moment of awful silence. Then with a howl the crowd rose and threw themselves on Billy, and mauled and pounded him until he begged for mercy. “To think that I fell for it!” snorted Fred disgustedly. “I sure am easy.” “I’m just as bad,” mourned Sparrow. “I swallowed the whole thing, hook, line and sinker. I’m not fit to go around alone. They ought to put me in an asylum for the feeble-minded.” “Serves you both right,” laughed Bobby. “You ought to know Billy by this time. Whenever he starts to talk you can be sure that he’s trying to put something over on us.” “I’d hate to have your suspicious disposition,” grinned Billy, highly delighted with the success he had scored. To be continue in this ebook 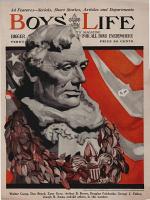 
Boys' Life is the official youth magazine for the Boy Scouts of America. Published since 1911, it contains a proven mix of news, nature, sports, history, fiction, science, comics, and Scouting.

Westy Martin in the Yellowstone

Westy Martin in the Rockies

Rebels in the Rockies

Authors: Walter Earl Pittman
Categories: History
Type: BOOK - Published: 2014-07-15 - Publisher: McFarland
The Civil War in 1861 found Southerners a minority throughout the West. Early efforts to create military forces were quickly suppressed. Many returned to the South to fight while others remained where they were, forming a potentially disloyal population. Underground movements existed throughout the war in Colorado, California, Nevada, New