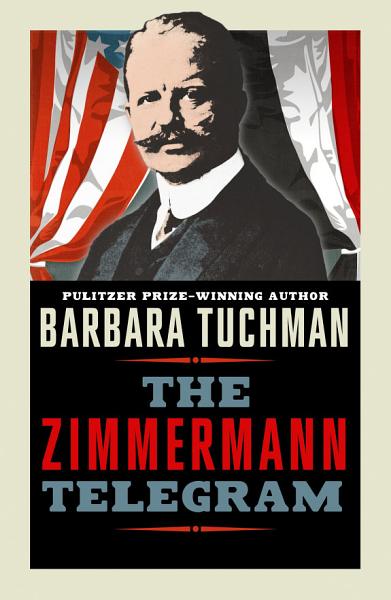 Barbara Tuchman's The Zimmerman Telegram is one of the greatest spy stories of all time. Nothing can stop an enemy from picking wireless messages out of the free air - and nothing did. In England, Room 40 was born . . . In January 1917, with the First World War locked in terrible stalemate and America still neutral, German Foreign Secretary Arthur Zimmerman gambled the future of the conflict on a single telegram. But this message was intercepted and decoded in Whitehall's legendary Room 40 - and Zimmerman's audacious scheme for world domination was exposed, bringing America into the war and changing the course of history. The story of how this happened and the incalculable consequences are thrillingly told in Barbara Tuchman's brilliant exploration. 'A most exciting book, full of vivid pen portraits and curious episodes' Sunday Times 'As thrilling as a John Buchan novel' The Times Literary Supplement 'Its 200 pages are worth more than all the thrillers and whodunits of the fiction writers put together'Herald 'A fine exciting book told with intense drama. A thriller of real life' Observer 'Brilliant. Told with great literary and dramatic talent' New York Times Book Review Barbara Tuchman achieved prominence as a historian with The Zimmerman Telegram and international fame with the Pulitzer-Prize winning The Guns of August. She is also the author of The Proud Tower, Stilwell and the American Experience in China (also awarded the Pulitzer Prize), A Distant Mirror and The March of Folly. She died in 1989. The Guns of August and The Proud Tower are published by Penguin.