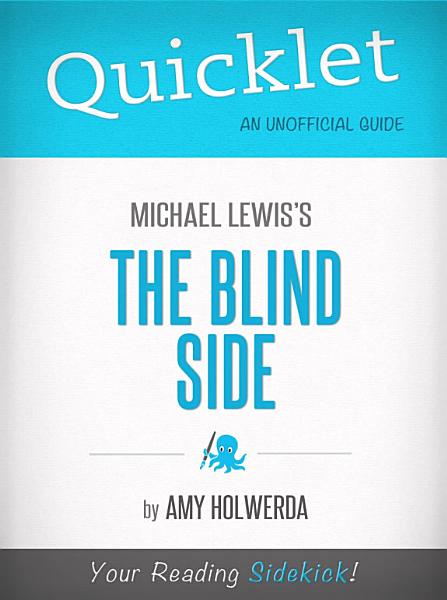 Quicklets: Learn More. Read Less. Michael Lewis was born in New Orleans, Louisiana, in the year 1960. He attended Princeton University and graduated with a BA in Art History. After a few years in the banking industry, Lewis left his lucrative position to write his first novel, Liar's Poker (1989) and to find work as a financial journalist. Liar's Poker was a semi-autobiographical novel focused on Lewis' experiences at Salomon Brothers. He continued the financial theme in his sophomore novel, The New, New Thing (1999) before transitioning to the sports-centered theme found in The Blind Side with his novel Moneyball (2003), which focused on the success of Billy Beane and the Oakland A's. Lewis' success has been far-reaching. As a regular contributor for such periodicals as The New Yorker, The New Republic, Slate, Conde Nast, and Vanity Fair, famed novelist Tom Wolfe called Lewis one of the two top "writers to watch" in 2010. The Blind Side is the story of high school footballer Michael Oher rising from the clutches of poverty to rise to fame as a first-pick draft choice for the NFL. When the book was first released in 2006, it quickly became a New York Times bestseller. In 2009, the book was adapted into a film. The film earned a slew of award nominations, from the Teen Choice Awards to the Academy Awards. Sandra Bullock, who portrayed the tough-as-nails Leigh Anne Tuohy, won an Oscar.