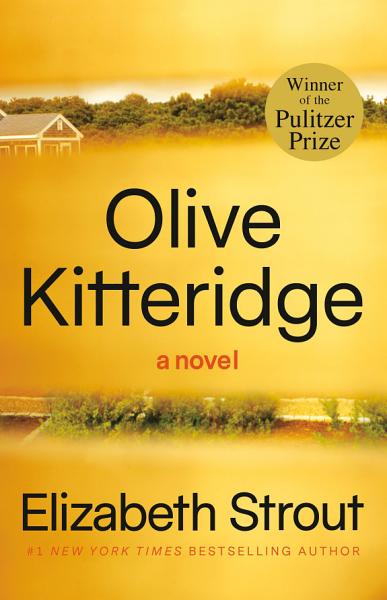 WINNER OF THE PULITZER PRIZE • THE EMMY AWARD–WINNING HBO MINISERIES STARRING FRANCES MCDORMAND, RICHARD JENKINS, AND BILL MURRAY In a voice more powerful and compassionate than ever before, New York Times bestselling author Elizabeth Strout binds together thirteen rich, luminous narratives into a book with the heft of a novel, through the presence of one larger-than-life, unforgettable character: Olive Kitteridge. At the edge of the continent, Crosby, Maine, may seem like nowhere, but seen through this brilliant writer’s eyes, it’s in essence the whole world, and the lives that are lived there are filled with all of the grand human drama–desire, despair, jealousy, hope, and love. At times stern, at other times patient, at times perceptive, at other times in sad denial, Olive Kitteridge, a retired schoolteacher, deplores the changes in her little town and in the world at large, but she doesn’t always recognize the changes in those around her: a lounge musician haunted by a past romance: a former student who has lost the will to live: Olive’s own adult child, who feels tyrannized by her irrational sensitivities; and Henry, who finds his loyalty to his marriage both a blessing and a curse. As the townspeople grapple with their problems, mild and dire, Olive is brought to a deeper understanding of herself and her life–sometimes painfully, but always with ruthless honesty. Olive Kitteridge offers profound insights into the human condition–its conflicts, its tragedies and joys, and the endurance it requires. NAMED ONE OF THE BEST BOOK OF THE YEAR BY People • USA Today • The Atlantic • The Washington Post Book World • Seattle Post-Intelligencer • Entertainment Weekly • The Christian Science Monitor • San Francisco Chronicle • Salon • San Antonio Express-News • Chicago Tribune • The Wall Street Journal “Perceptive, deeply empathetic . . . Olive is the axis around which these thirteen complex, relentlessly human narratives spin themselves into Elizabeth Strout’s unforgettable novel in stories.”—O: The Oprah Magazine “Fiction lovers, remember this name: Olive Kitteridge. . . . You’ll never forget her. . . . [Elizabeth Strout] constructs her stories with rich irony and moments of genuine surprise and intense emotion. . . . Glorious, powerful stuff.”—USA Today BONUS: This edition includes an excerpt from Elizabeth Strout’s The Burgess Boys.

Authors: Elizabeth Strout
Categories: Fiction
Type: BOOK - Published: 2019-10-31 - Publisher: Penguin UK
An extraordinary new novel by the Pulitzer Prize-winning, Number One New York Times bestselling author of Olive Kitteridge and My Name is Lucy Barton Olive, Again follows the blunt, contradictory yet deeply loveable Olive Kitteridge as she grows older, navigating the second half of her life as she comes to

Authors: Elizabeth Strout
Categories: Fiction
Type: BOOK - Published: 2013-04-12 - Publisher: Simon and Schuster
From the Man Booker Prize longlisted author of My Name is Lucy Barton ? Isabelle Goodrow has been living in self-imposed exile with her daughter Amy for fifteen years. Shamed by her past and her affair with Amy's father, she has submerged herself in the routine of her dead-end job

My Name Is Lucy Barton

Authors: Elizabeth Strout
Categories: Fiction
Type: BOOK - Published: 2016-02-04 - Publisher: Penguin UK
LONGLISTED FOR THE MAN BOOKER PRIZE 2016 AND THE BAILEYS WOMEN'S PRIZE FOR FICTION 2016. A #1 NEW YORK TIMES BESTSELLER. An exquisite story of mothers and daughters from the Pulitzer prize-winning author of Olive Kitteridge Lucy is recovering from an operation in a New York hospital when she wakes

Authors: G Whiz
Categories: Fiction
Type: BOOK - Published: 2014-05-16 - Publisher: GWhizBooks.com
Did you know that Elizabeth Strout used to be an Oxford student of England? Or, did you know Strout holds a certificate for both Gerontology and Law? What are the amazing facts of The Burgess Boys by Elizabeth Strout? Do you want to know the golden nuggets of facts readers

The Elements of Expression

Authors: Arthur Plotnik
Categories: Reference
Type: BOOK - Published: 2012-06-01 - Publisher: Simon and Schuster
More than ever in this completely updated edition, The Elements of Expression helps word users "light up the cosmos or the written page or the face across the table" as they seek the radiance of expressiveness—the vivid expression of thoughts, feelings, and observations. Nothing kills radiance like the murky, generic