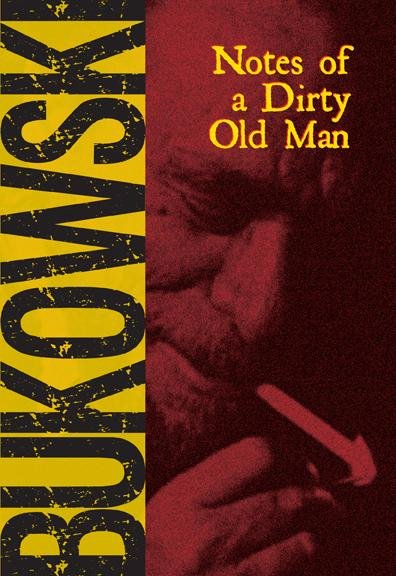 A compilation of Charles Bukowski's underground articles from his column "Notes of a Dirty Old Man" appears here in book form. Bukowski's reasoning for self-describing himself as a 'dirty old man' rings true in this book. "People come to my door—too many of them really—and knock to tell me Notes of a Dirty Old Man turns them on. A bum off the road brings in a gypsy and his wife and we talk . . . . drink half the night. A long distance operator from Newburgh, N.Y. sends me money. She wants me to give up drinking beer and to eat well. I hear from a madman who calls himself 'King Arthur' and lives on Vine Street in Hollywood and wants to help me write my column. A doctor comes to my door: 'I read your column and think I can help you. I used to be a psychiatrist.' I send him away . . ." "Bukowski writes like a latter-day Celine, a wise fool talking straight from the gut about the futility and beauty of life . . ." —Publishers Weekly "These disjointed stories gives us a glimpse into the brilliant and highly disturbed mind of a man who will drink anything, hump anything and say anything without the slightest tinge of embarassment, shame or remorse. It's actually pretty hard not to like the guy after reading a few of these semi-ranting short stories." —Greg Davidson, curiculummag.com Charles Bukowski was born in Andernach, Germany on August 16, 1920, the only child of an American soldier and a German mother. Bukowski published his first story when he was twenty-four and began writing poetry at the age of thirty-five. His first book of poetry was published in 1959; he went on to publish more than forty-five books of poetry and prose, including Pulp (Black Sparrow, 1994), Screams from the Balcony: Selected Letters 1960-1970 (1993), and The Last Night of the Earth Poems (1992). Other Bukowski books published by City Lights Publishers include More Notes of a Dirty Old Man, The Most Beautiful Woman in Town, Tales of Ordinary Madness, Portions from a Wine-Stained Notebook, and Absence of the Hero. He died of leukemia in San Pedro on March 9, 1994.

Notes of a Dirty Old Man

Authors: Charles Bukowski
Categories: Fiction
Type: BOOK - Published: 2013-06-15 - Publisher: City Lights Publishers
A compilation of Charles Bukowski's underground articles from his column "Notes of a Dirty Old Man" appears here in book form. Bukowski's reasoning for self-describing himself as a 'dirty old man' rings true in this book. "People come to my door—too many of them really—and knock to tell me Notes

Authors: Paul Brody
Categories: Biography & Autobiography
Type: BOOK - Published: 2013-09-20 - Publisher: BookCaps Study Guides
Charles Bukowski didn't write about high society or the life most people will never live; he wrote about the ordinary man--the ones you are more likely to see living next to you than glamorized on TV. He wrote what he knew and he wrote it well. Bukowski knew Los Angeles—women—the

The Bell Tolls for No One

Authors: Charles Bukowski
Categories: Fiction
Type: BOOK - Published: 2015 - Publisher: City Lights Books
Previously uncollected pulp fiction by the 20th-century American master. "The uncollected gutbucket ramblings of the grand dirty old man of Los Angeles letters have been gathered in this characteristically filthy, funny compilation ... Bukowkski's gift was a sense for the raunchy absurdity of life, his writing a grumble that might

Charles Bukowski, King of the Underground

Authors: A. Debritto
Categories: Literary Criticism
Type: BOOK - Published: 2013-09-25 - Publisher: Springer
This critical study of the literary magazines, underground newspapers, and small press publications that had an impact on Charles Bukowski's early career, draws on archives, privately held unpublished Bukowski work, and interviews to shed new light on the ways in which Bukowski became an icon in the alternative literary scene