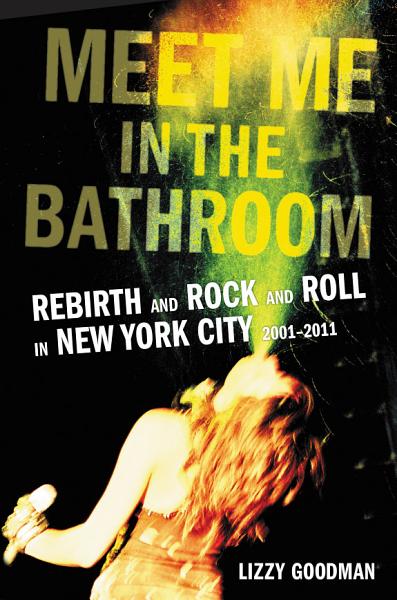 Joining the ranks of the classics Please Kill Me, Our Band Could Be Your Life, and Can’t Stop Won’t Stop, an intriguing oral history of the post-9/11 decline of the old-guard music industry and rebirth of the New York rock scene, led by a group of iconoclastic rock bands. In the second half of the twentieth-century New York was the source of new sounds, including the Greenwich Village folk scene, punk and new wave, and hip-hop. But as the end of the millennium neared, cutting-edge bands began emerging from Seattle, Austin, and London, pushing New York further from the epicenter. The behemoth music industry, too, found itself in free fall, under siege from technology. Then 9/11/2001 plunged the country into a state of uncertainty and war—and a dozen New York City bands that had been honing their sound and style in relative obscurity suddenly became symbols of glamour for a young, web-savvy, forward-looking generation in need of an anthem. Meet Me in the Bathroom charts the transformation of the New York music scene in the first decade of the 2000s, the bands behind it—including The Strokes, The Yeah Yeah Yeahs, LCD Soundsystem, Interpol, and Vampire Weekend—and the cultural forces that shaped it, from the Internet to a booming real estate market that forced artists out of the Lower East Side to Williamsburg. Drawing on 200 original interviews with James Murphy, Julian Casablancas, Karen O, Ezra Koenig, and many others musicians, artists, journalists, bloggers, photographers, managers, music executives, groupies, models, movie stars, and DJs who lived through this explosive time, journalist Lizzy Goodman offers a fascinating portrait of a time and a place that gave birth to a new era in modern rock-and-roll.

Authors: Lizzy Goodman
Categories: Music
Type: BOOK - Published: 2017-05-23 - Publisher: HarperCollins
Joining the ranks of the classics Please Kill Me, Our Band Could Be Your Life, and Can’t Stop Won’t Stop, an intriguing oral history of the post-9/11 decline of the old-guard music industry and rebirth of the New York rock scene, led by a group of iconoclastic rock bands. In

Authors: Lizzy Goodman
Categories: Music
Type: BOOK - Published: 2017-08-01 - Publisher: Faber & Faber
A SUNDAY TIMES, ROUGH TRADE, MOJO AND UNCUT BOOK OF THE YEAR New York, 2001. 9/11 plunges the US into a state of war and political volatility-and heralds the rebirth of the city's rock scene. As the old-guard music industry crumbles, a group of iconoclastic bands suddenly become the voice

Authors: Stacy Jones
Categories: Music
Type: BOOK - Published: 2019-04-24 - Publisher:
Everyone at school knew Tyrone Tyson as the shy kid, and everyone in his neighborhood knew that his house was the house that wasn't quiet at night. It was a loud house, but it was also a house full of secrets. It was the house the police showed up at,

There's a Boy in the Girls' Bathroom

Authors: Louis Sachar
Categories: Juvenile Fiction
Type: BOOK - Published: 2007-03-05 - Publisher: A&C Black
"Give me a dollar or I'll spit on you." That's Bradley Chalker for you. He is the oldest child in the class. He tells enormous lies. He picks fights with girls, and the teachers say he has 'serious behaviour problems'. No one likes him - except Carla, the new school

Authors: Legs McNeil, Gillian McCain
Categories: Music
Type: BOOK - Published: 1973 - Publisher: Peace Vision
Sahih Muslim is a collection of sayings and deeds of Prophet Muhammad (pbuh) (also known as the sunnah). The reports of the Prophets sayings and deeds are called ahadith. Muslim lived a couple of centuries after the Prophet's death and worked extremely hard to collect his ahadith. Each report in

Fires in the Bathroom

Authors: Kathleen Cushman
Categories: Education
Type: BOOK - Published: 2005-09-01 - Publisher: The New Press
Since its initial publication in hardcover in 2003, Fires in the Bathroom has been through multiple printings and received the attention of teachers across the country. Now in paperback, Kathleen Cushman’s groundbreaking book offers original insights into teaching teenagers in today’s hard-pressed urban high schools from the point of view

Authors: Ruvan Wijesooriya
Categories: Music
Type: BOOK - Published: 2021-07-13 - Publisher: powerHouse Books
For the past decade, downtown-New York indie dance music innovation could be summed up in three letters: LCD. The brainchild of frontman James Murphy, LCD Soundsystem grew from a solo project into one of the most highly regarded live bands in contemporary music. In 2011, at the height of their

Authors: Marc Spitz
Categories: Biography & Autobiography
Type: BOOK - Published: 2013-02-12 - Publisher: Hachette UK
Marc Spitz assumed that if he lived like his literary and rock 'n' roll heroes, he would become a great artist, too. He conveniently overlooked the fact that many of them died young, broke, and miserable. In his candid, wistful, touching, and hilarious memoir, Poseur, the music journalist, playwright, author,