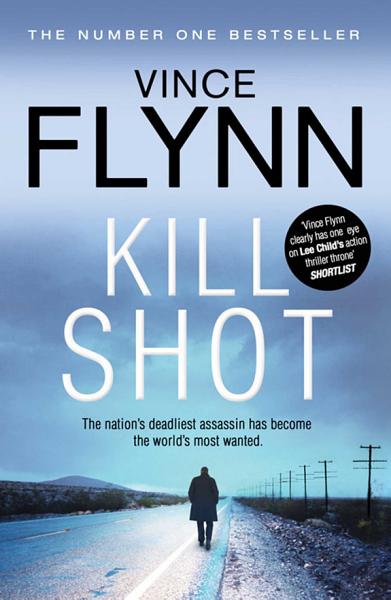 THE NEW YORK TIMES NUMBER ONE BESTSELLER For months, Mitch Rapp has been steadily working his way - bullet by bullet - through a list of the men responsible for the slaughter of 270 civilians, including his own girlfriend, in the Pan Am Lockerbie bombing. His next target - a Libyan diplomat - should be easy. Prone to drink and currently in Paris without a bodyguard, Rapp quickly tracks the man down and sends a bullet into his skull while he's sleeping. But in the split second it takes the bullet to leave the silenced pistol, everything changes. The door to the hotel room is kicked open and gunfire erupts all around Rapp. When the news breaks that Libya's Oil Minister has been killed along with three innocent civilians and four unidentified men, the French authorities are certain that a wounded gunman is still on the loose in Paris. As the finger-pointing begins, Rapp's handlers have only one choice - deny any responsibility for the incident and race to do damage control. Rapp has become a liability, and he must not be taken alive by the French authorities. But alone in Paris, on the run from the authorities and from his own employers, Mitch Rapp must prepare to fight for his life. AMERICAN ASSASSIN, book one in the series, is soon to be a MAJOR MOTION PICTURE starring Dylan O'Brien (Maze Runner), Taylor Kitsch (True Detective) and Michael Keaton. Praise for the Mitch Rapp series 'Sizzles with inside information and CIA secrets' Dan Brown 'A cracking, uncompromising yarn that literally takes no prisoners' The Times 'Vince Flynn clearly has one eye on Lee Child's action thriller throne with this twist-laden story. . . instantly gripping' Shortlist 'Action-packed, in-your-face, adrenalin-pumped super-hero macho escapist fiction that does exactly what it says on the label' Irish Independent

Authors: Vince Flynn
Categories: Fiction
Type: BOOK - Published: 2012-02-07 - Publisher: Simon and Schuster
THE NEW YORK TIMES NUMBER ONE BESTSELLER For months, Mitch Rapp has been steadily working his way - bullet by bullet - through a list of the men responsible for the slaughter of 270 civilians, including his own girlfriend, in the Pan Am Lockerbie bombing. His next target - a

Authors: Don Pendleton
Categories: Fiction
Type: BOOK - Published: 2011-06-07 - Publisher: Gold Eagle
When coordinated strikes hit major cities along the East Coast, killing innocent Americans, Mack Bolan must take down a powerful but unknown enemy who is plotting to turn the United States into a police state in hopes of causing the nuclear devastation of the Middle East. Original.

Authors: Vince Flynn
Categories: Education
Type: BOOK - Published: 2013-01-08 - Publisher: Simon and Schuster
Working his way through a list of hit targets who were responsible for the Pan Am Flight 103 bombing, assassin Mitch Rapp shoots a drunken Libyan diplomat in Paris only to discover that he has been set up and that his handlers want him permanently silenced.

Authors: Bill Bunn
Categories: Juvenile Fiction
Type: BOOK - Published: 2014-03-21 - Publisher: Bitingduck Press LLC
More than a dozen WWII-era German U-boats remain unaccounted for, the fate of their crews unknown. In summer 2012, sonar scanning found a submerged vessel of the right dimensions in Canadian province of Labrador. From this find grew Kill Shot, a fictionalization of the events that switches between the circumstances

Authors: Elmore Leonard
Categories: Fiction
Type: BOOK - Published: 2011-07-21 - Publisher: Hachette UK
The King of Cool returns with another thrilling tale of crime capers. Arman 'The Blackbird' Degas is a professional hitman: one shot, one kill. But when he's carjacked by ex-con Richie Nix, he finds himself with a lethal partner. Nix is on his way to shake down a realtor and

One Shot One Kill

Authors: Charles W. Sasser, Craig Roberts
Categories: History
Type: BOOK - Published: 1990-04-01 - Publisher: Simon and Schuster
They are the lone wolves of the battlefield. Tracking the enemy, lying in wait for the target to appear -- then they shoot to kill. Armed with an unerring eye, infinite patience and a mastery of camouflage, combat snipers stalk the enemy with only one goal... In World War II,